It's a new year! Time to clear out the old inventory to make way for the 2014s! Or something like that.

Derek has a new book coming out in the next few months, so he is putting his first two books on sale... at their lowest prices ever!


First, there's Colonnade: A Life In Columns, a chronicle of Derek's first two years living in New York City. The ups and downs, the boyfriend drama, 9/11 and lessons learned along the way. And it all ends with the launch of your favorite radio show: Derek and Romaine! Talk about a happy ending. Colonnade is also available now for the Kindle, Nook, and iPad. 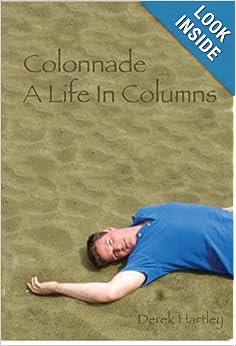 Derek's second book is When Nightlife Falls. The fun begins when Derek buys his house in Westchester and struggles to hold onto his social life now that he is in the suburbs. Complicated matters as a handsome new stranger and the emotional entanglements that come along with it! Nightlife is also available for Kindle, Nook and iPad if you are digitally inclined.

So buy one, buy them both, all at a great low price! All for a limited time!

Posted by Derek And Romaine Show at 7:14 PM 1 comments